A reader who moved from one unit to another in the same complex has presented the Property Poser experts with an interesting situation regarding “outstanding” rental.

She writes that she had an arrangement with the owner of the units that she could move as soon as a replacement tenant was found for the one she would be vacating to avoid paying rental on both. This would presumably break an existing lease, hence the need for the condition. 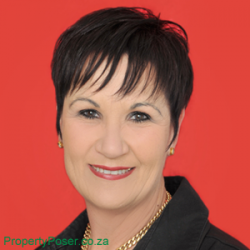 The owner’s wife advised the reader that a new tenant would indeed rent the “old” unit. This news triggered the reader’s move and a contract was concluded for the other.

After she had signed the contract, the reader was told that the prospective tenant had been refused occupation because he built kennels in his free time, which would be disruptive to his neighbours. No mention was made of outstanding rentals.

Some time later, the owner demanded payment for a month’s rental from the reader because the “old” unit had stood vacant. The reader questions whether this is allowed and also whether the landlord could withhold payment of her deposit should she decide to leave.

As there are a number of considerations, the first question is not easily answered, says Susan Chapman from Rawson Properties PE Platinum.

“The move was clearly subject to a condition that was ostensibly met and the owner was obviously acting with full knowledge of the situation regarding the ‘old’ unit.”

He could easily have advised the reader as the saga unfolded and the time to speak up would have been before she signed the new lease, says Chapman.

“It could be argued that concluding the contract was tantamount to accepting that the condition had been fulfilled, especially since almost two months had lapsed.”

Chapman says it would appear that there was an element of bad faith on the part of the owner.

“This is evident in the fact that he planned to recover the rental he believed was due for the ‘old’ unit but didn’t want to jeopardise the signing of the new lease by raising the issue.” 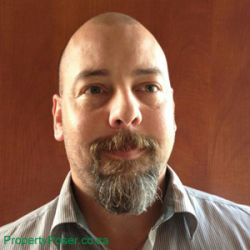 Sean Radue of Radue Attorneys in PE says, as far as withholding the deposit is concerned, the reader should consult the Rental Housing Act, which makes provision for using the deposit in certain circumstances.

“If you consider the contrived bargaining of the owner, the act would not assist him in setting off the deposit against the lost rental.”

More pressing, however, is the reader’s comment regarding her desire to leave the “new” unit, presumably as a result of the friction between the parties, says Radue.

“This shouldn’t be an issue if the signed lease makes provision for an early exit – for example, if it is month to month.”

Radue advises the reader to check carefully whether this is indeed the case as she may well be in breach, which could result in legal and financial woes.

“The Consumer Protection Act also provides for the termination of a fixed-term lease with 20 working days’ notice to the lessor.

In such an instance, the lessor may, however, claim a penalty for the early termination, says Radue.