From time to time, the Property Poser experts assist readers whose property assets are a source of conflict in their divorce proceedings.

In this instance, the reader was married out of community of property under the accrual system.

He and his wife bought a piece of land and built a dwelling on it, where they both lived until the end of last year when she moved out due to marital problems. 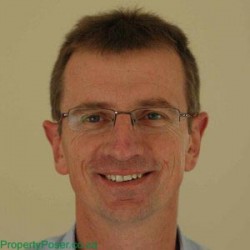 The reader was responsible for the building costs and thereafter an agreement was reached that his wife would pay the bond while he covered all other living expenses, including vehicle payments, groceries and rates and taxes.

The couple are now in the midst of divorce proceedings and the wife wants full ownership of the property.

After consulting an attorney, the reader was advised that, since she had been paying the bond, his wife would be entitled to full ownership of the property.

In terms of the accrual system, spouses still maintain their separate estates during the course of the marriage, as in this case, says Grant Berndt from Abdo and Abdo Attorneys in East London.

“In the event of death or divorce, however, the spouse who has had the least growth in their asset value is entitled to share in a portion of the growth of the other spouse’s assets.”

At the outset, says Berndt, the starting value of each party’s estate is established and documented in the antenuptial contract. “This contract can also regulate the manner in which the differential in growth is divided.”

Although the reader did not provide these starting values, the point is moot as far as their fixed property is concerned because they acquired it jointly, says Berndt.

“They therefore own undivided half-shares in the property and this form of ownership can remain even after the divorce.”

It is unrealistic though, in practice, that both parties would maintain their ownership, says Brian Kinnear, principal of Fresh Lifestyle Properties in East London. 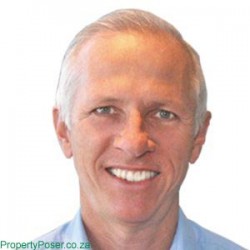 “Part of the settlement agreement would probably include how the property is to be dealt with. If the reader’s wife wishes to acquire his undivided half-share, she needs to compensate him for it.”

Alternatively, says Kinnear, the parties could agree in the settlement that one of them becomes the full owner without any monies changing hands. “This will then be ratified in the final divorce decree.”

The mere fact that only one party paid towards the bond instalment does not give that person claim to full ownership of the property, says Kinnear.

“Such a party may have a claim for enrichment but, given the fact that the items paid for by each party was arranged by agreement and that our reader may claim set-off for payments made, it’s doubtful that such a claim would be successful.”

Kinnear says the reader would do well to approach an attorney for assistance.

“He or she would consider the matter a little more comprehensively, taking the surrounding circumstances into account as well as their potential influence on, for example, the fixed property.”