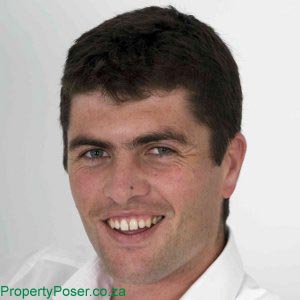 A reader has approached our Property Poser expert with two questions relating to the management of the sectional title complex in which he lives.

Firstly, he would like to know whether a non-owner may be elected to the body corporate.

Secondly, he would like to determine the body corporate’s authority to make decisions regarding improvements to the complex, especially those that would result in substantial financial obligations on the owners.

Regarding the first issue, it is generally possible as long as the majority of trustees are elected from the ranks of owners, says Schalk van der Merwe from Rawson Properties Helderberg in Cape Town.

“However, this provision can be altered to prevent external participation.”

The second question is perhaps a little more interesting to consider, says Van der Merwe, as this is a situation that often appears to arise, sometimes causing significant financial distress.

“The improvements our reader mentions include the painting of the complex and the erection of boundary walls. To be clear, these are aspects that relate to the so-called common property of the complex.”

Van der Merwe says both these examples would have considerable cost implications but it could be argued that only the boundary walls would constitute an “improvement”.

“The painting of the complex would usually be considered maintenance, unless it was done for frivolous and unnecessary reasons, like a trustee simply didn’t like the colour.”

This is a question of fact to be determined should there be a dispute as to the nature of the intended expenditure, says Van der Merwe.

A body corporate has, as one of its roles, an obligation to attend to the maintenance of the complex, says Van der Merwe.

“Regarding improvements, the Sectional Titles Act differentiates between luxurious and non-luxurious improvements.”

Where the body corporate intends to erect a boundary wall, it is quite clear that this would constitute an improvement but the difficulty lies in determining which type, says Van der Merwe.

“Various factors should be considered and, if the complex is in a high crime area, the security aspect would make it non-luxurious.”

If so, Van der Merwe says the trustees would typically give notice of the fact that they intend to effect such an improvement and that, should there be no call for a special general meeting, they will proceed with it after 30 days.

“The notice should include details of the proposed improvement and the manner in which the body corporate intends to finance it, as well as the resulting cost implications for the members of the complex.”

Van der Merwe says the reader should carefully consider the nature of the intended improvements in order to make any representations about them.

“But, if the improvements are implemented in the proper manner, he will have to abide by the decision of the body corporate.”

How sectional title trustees are appointed