The chairperson of a homeowners’ association has posed several questions relating to this body to our panel.

One of the properties in their housing community is occupied by the owner’s son, who is a student. The owner is about two years in arrears with the payment of water, refuse removal and monthly levies.

Since individual water meters are not accessible, the municipality provides them with a single account for the complex’s water consumption. The full account is paid monthly and therefore the defaulting owner is being subsidised by other owners. 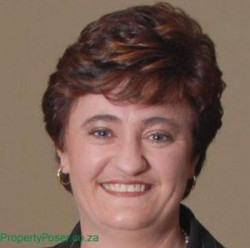 The reader asks what the differences between a homeowners’ association (HOA) and a body corporate are and he also wants to know whether an HOA is a legal entity that can take action against owners.

If so, he asks what steps can be taken against the owner who is in arrears and specifically whether they can install a water flow restrictor to his unit.

The reader provides an extract from their HOA’s constitution, which reads: “The association shall be an association with legal personality, capable of suing and being sued in its own name”.

Charlotte Vermaak from Chas Everitt in Port Elizabeth says an HOA is usually found in so-called cluster housing. “This is when a development is done on a piece of land with a shared privately-owned open space for amenities.”

Vermaak says in the above instance each owner obtains a separate title deed for his or her piece of land and there is a joint right of use of the infrastructure and common facilities, the ownership of which vests in the HOA. 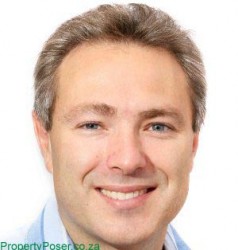 “A body corporate is found in a sectional title complex, where an individual owns a unit consisting of their section together with an undivided share in the common property.”

According to Vermaak, all owners in a sectional title complex become members of the body corporate and trustees are nominated to take care of the day to day running of such complex.

Justin Strömbeck from Du Toit Strömbeck Attorneys in PE says the extract that the reader has provided in effect answers his question.

“A homeowners’ association will often be in the form of a Section 21 company, which is a company not for gain. It is therefore a juristic person with the full legal capacity to act.”

Strömbeck says it has to be remembered that the owner also stands in a legal relationship with the municipality in respect of the payment of water and other services.

“Since the owner is not in arrears as far as they are concerned, the homeowners’ association should issue a demand against the owner for non-payment and follow the legal process by issuing summons if it is not met.”

Should they obtain a judgment, says Strömbeck, the normal steps of execution can be followed should the judgment not be satisfied.

“In other words, the homeowners’ association should not interfere with the provision of services; it is the domain of the local authority.”

What percentage has to vote for a rule in a homeowners’ association?

How decisions are made in a homeowners’ association