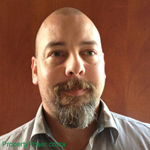 A reader who is intent on demolishing the house on his property has asked the YourProperty expert for guidance on the procedures, permits and applicable rules.

He explains that he intends to use the levelled site to build a new house and is in the planning stages of the process.

The reader says he has also been approached by a developer who is interested in purchasing the property, knocking down the house and building a new one on the site for speculation purposes.

Although the reader describes the building as “fairly old”, it is unclear whether he has taken any steps to establish its age or whether there is any part of it that may warrant its preservation.

Generally, upon deciding to demolish a whole building or a portion of it, one should apply to the local council for consent, says Sean Radue of Radue Attorneys in Port Elizabeth.

“There may be a policy framework or by-law detailing how such an application should be made and the considerations involved.”

Equally important, however, is consideration of the provisions of the National Heritage Resources Act, says Radue.

“The Act has various aims, including the protection of ‘heritage resources of national significance’.”

Furthermore, he says the Act enables “the provinces to establish heritage authorities which must adopt powers to protect and manage certain categories of heritage resources” and provides for “the protection and management of conservation-worthy places and areas by local authorities”.

The age of the house is particularly important in ascertaining whether the reader is obliged to take any further steps in obtaining consent for the intended demolition, says Radue.

“The Act states that no person may alter or demolish any part of a structure that is older than 60 years without a permit issued by the relevant provincial heritage resources authority.”

He says the reader should take steps to establish whether the building on the property falls within this provision.

According to Radue, the concept of a “structure” is key in this instance.

“By definition, a structure is ‘any building, works, device or other facility made by people and which is fixed to land, and includes any fixtures, fittings and equipment associated therewith’.”

He says this definition encompasses the residential building and, notably, also fixtures and fittings that may form part of that building.

“If our reader decides to pursue the developer’s proposal and sell the property to him, the granting of consent to demolish may be recorded as a suspensive condition in the agreement of sale.”

In other words, the sale of the property is suspended pending the consent being granted, usually within a specified period, says Radue.

“Thus, where consent is not granted or not granted within the stipulated period, the sale falls through and the property remains that of the reader.”

He says the reader must take this possible delay into consideration if he decides to pursue the sale option.

“He might have already vacated the property in anticipation of its demolition and could be left in a situation where he is paying a second bond or rental when the sale may not proceed after all.”