When renovations to her neighbour’s property neared completion some two years ago, our reader noticed that the neighbour was deviating slightly from the approved plans.

This included a swimming pool that was placed too close to the boundary. There were also vertical extensions to the existing boundary wall.

She did not object at the time as the deviations did not really affect them. The extension to the wall did however obstruct their view partially.

A couple of years before, the neighbour also planted hibiscus plants that have subsequently grown to completely block our reader’s view. She has reason to believe that these were planted to achieve exactly that.

Her question is whether or not she has any rights regarding these plants and if she could object to the deviation from the approved plans after such a long time. 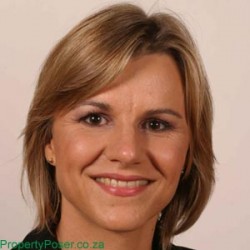 Lucille Geldenhuys from Lucille Geldenhuys Attorneys in Stellenbosch says there is a presumption that a boundary wall, fence or hedge is half on one property and half on the other, unless there is proof that it is entirely on one of the two adjoining properties.

“Neither owner may alter it in any way except in an emergency or with consent from the other owner.”

However, says Geldenhuys, our common law allows a neighbour to break down a boundary wall, fence or hedge and replace it at his or her own cost with a more expensive structure.

“When a person wishes to erect any permanent structure on his or her property, it may only be done in accordance with building plans that have been approved by the municipality.”

Geldenhuys says upon completion an inspector will inspect and sign off the work. If there are deviations from the building plans, the owner will be required to either rectify those deviations or submit amended plans for approval.

According to her, the reader may inform the municipality if her neighbour deviated from the approved plans. 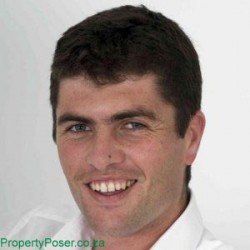 Schalk van der Merwe, from Rawson Properties Helderberg, says the municipality must, in terms of section 40 of the Land Use Planning Ordinance No 15 of 1985, serve an instruction on the owner to rectify the deviation within a period specified in the notice.

“With regard to the reader’s question relating to the height of the plants, the position is that, unless restricted by a servitude, a person may grow plants or build buildings on his or her property that may obstruct a neighbour’s view or block out sunlight that he or she would normally receive.”

Van der Merwe says this right, however, is limited. “If the neighbour’s actions are motivated by a wish to cause a nuisance to the reader or if he or she acts with some other improper motive, the reader may have a claim for compensation.”

In such a case, says Van der Merwe, the reader may obtain an interdict compelling the neighbour to remove the structures or plants that are blocking out the light or the view.