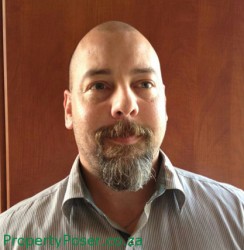 This week, the Property Poser expert addresses the growing trend of cohabitation and legal steps to consider when contemplating a move.

A reader writes that she currently has a property of her own but intends renting it out for the foreseeable future, as she will be moving in with her boyfriend. The couple has decided that they would like to live together before thinking of marriage.

She would like to know what measures they should take with regard to both their properties.

Sean Radue of Radue Attorneys in Port Elizabeth says the first recommendation would be a written lease between the reader and her tenant setting out any specific provisions to which they agree.

“A very important aspect to consider is the period for which she is happy to let her property, as she will need a place to live should her relationship and new living arrangement not work out.”

Radue says one potential problem would be finding a tenant who is happy to rent the property for a short period or on a month-to-month basis, should moving back into her own property be her only option.

“This level of uncertainty doesn’t necessarily suit all prospective tenants.”

Once a tenant is located, the rental should be determined and agreed, he says.

“Where the lease stretches beyond a single year, an annual escalation percentage should be recorded.”

Radue says the reader or her agent should conduct regular inspections to ensure the integrity of her investment or merely the suitability of the property should she have to move back earlier than expected.

“She and her boyfriend should give serious consideration to the manner in which the practical and financial aspects of their relationship and cohabitation will operate.”

Ignorance or a lack of clarity can only lead to dissatisfaction later on, which may negatively influence their relationship, he says.

In this instance, the fact that her boyfriend pays the bond on the cohabited property while she contributes to food and household expenses is less problematic because she owns her own property, says Radue.
“The potential for disparity in this situation arises from the boyfriend contributing to an asset that continues to grow in value while she pays for consumables and disposables.”

He says the counter-argument would be that the non-property owning partner would have had to pay for rent somewhere.

“But this arguably only holds true as being fair where the cohabitation does not last for a longer period than agreed, as she may well have purchased a property of her own in that time under different circumstances.”

One very important, and often overlooked, consideration is the conclusion of a written cohabitation agreement, says Radue.

“Depending on the circumstances, our couple’s decision to live together can take the form of a partnership of sorts, whereby they elect to live together, pooling resources and growing their communal estate.”

Where aspects are not properly addressed or casual “promises” are made in the “honeymoon phase” of the relationship, there may be some doubt as to what the parties truly intended, he says.

“In the case of a break-up, there could be a potential legal dispute with regard to fixed property or any movable property acquired during the relationship.”

Radue says a written agreement should preferably be concluded prior to moving in, as contrived or unromantic as that may seem.

“It’s best to regulate the parties’ intentions and apportionment of responsibilities, thus protecting both of them should things not work out as planned.”

What legal steps should be considered when contemplating cohabitation?

Occupational rental in agreement of sale

Why you need a lease agreement