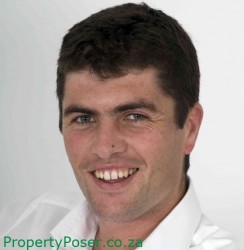 A reader who would like to cancel a usufruct over a fixed property has asked the Property Poser panel for guidance.

The reader explains that she provided her mother with a usufruct over the property but that she, the owner, has encountered financial difficulties and would now like to sell the property.

The property is also subject to a mortgage bond and the reader has asked how she should go about cancelling the usufruct.

According to Schalk van der Merwe from Rawson Properties in Somerset West, Cape Town, a usufruct over fixed property is a right registered in favour of a third party so that third party may benefit from the use or fruits of that property.

“While ownership is retained by the registered owner of the property, it is a personal right granted in favour of the holder of the usufruct.”

Van der Merwe says a typical scenario in which a usufruct is granted would be one where the husband dies, leaving the use of the fixed property to his wife but passing ownership of it to one or more children.

“Depending on the circumstances, there may be tax advantages or disadvantages to this approach from an estate planning perspective.”

The reader provided her mother with the usufruct but it should be considered whether the reference to “usufruct” is technically correct, says Van der Merwe.

“It could be a different arrangement such as a right of habitation or even merely a casual arrangement whereby her mother just stays with her in the house in a rental scenario of sorts.”

Van der Merwe says if the relationship is not that of usufruct, a different approach may be called for.

“We’re not advised of how the current situation came about but there is usually an underlying reason for such a situation to be put in place.”

It would appear that the motivation for the change in status is driven solely by the desire to sell the house, says Van der Merwe.

Grant Hill of Miller Bosman Le Roux Attorneys in Somerset West says the provisions of the terms of the usufruct should be examined to determine the parties’ respective rights and obligations.

“While the fixed property can be sold, it will remain subject to the usufruct – even after transfer.”

Hill says in most instances this will not be ideal to the purchaser, as the newly acquired ownership is not unencumbered.

“This means that a third party has rights of use and enjoyment to the property, even to the exclusion of the new owner.”

“Should the holder of the usufruct not agree to the transfer and simultaneous cancellation of the right the usufruct may, depending on the terms, terminate after a certain period of time, on the death of the holder or on his or her remarriage.”

After confirming the true nature of the rights and obligations in effect, Hill advises that the reader should take legal advice on how she could seek to proceed to sell the property unencumbered.

“Before this, she should perhaps discuss the matter with her mother as, since she saw fit to grant her the usufruct, their relationship must be on a good enough footing to have such a discussion.”

They could jointly come to some agreement as to how they could proceed and perhaps merely securing an alternative place to stay would satisfy her mother, says Hill.

How to reverse a usufruct and transfer of ownership

Does a usufructuary have the right to build?