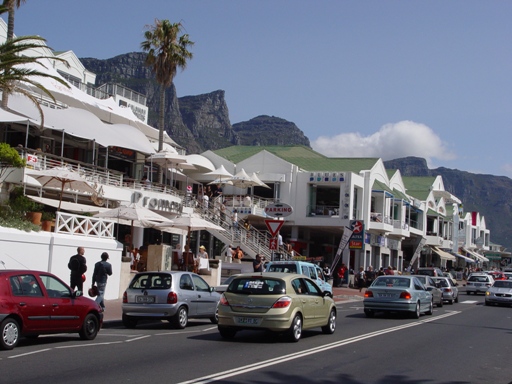 At R300m, the Enigma mansion in the Glen in Camps Bay, Cape Town, is the most expensive property in South Africa.

As you’d expect for the price, the place – more a 17th-century European palace than a modern minimalist Camps Bay house – has every feature you could think of, and many more you couldn’t.

It has its own website where you can take a virtual tour (you get to choose if you’d like it with or without music) of the gardens, pool and interiors replete with Romanesque art and sculpture.

Ms Zemanova, who is now 38, gave up working when she got married in 2003. But her pictures were some of the most downloaded on the internet – she gave the likes of Pamela Anderson and Aria Giovanni a run for their money.

The couple finished building Enigma in 2011 and put it on the market the next year. The price – not to mention the owners – have made the mansion a curiosity, which was always going to be a brilliant marketing ploy.

Two offers were reportedly turned down last year, one for R185-million and one for R235-million. Don’t despair if your offer is turned down, though – Enigma can be rented for R150000 a day.

The property is 7,000m², 1,586m² of which is under roof. It has velvet wallpaper, a meditation temple, a cinema, a spa, a Versace-style swimming pool and a gym. It also has a lift.

Monthly repayments on a typical bond would be more than R2m. – Sunday Times

The drawing up of building plans way in advance